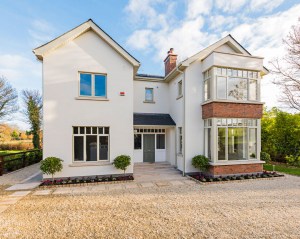 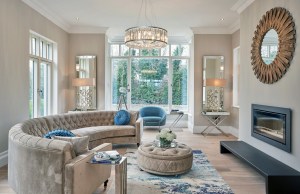 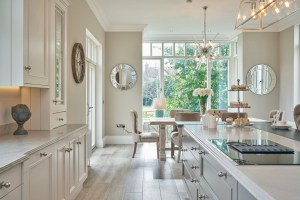 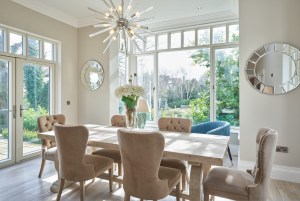 Malahide, north Dublin’s chichi-est coastal town, has its own ecosystem. It boasts the beach, ease of access to Dublin Airport for international travellers and a slew of schools. And in normal times the bars and restaurants serve up a sufficiently wide selection that you can eat in a different place every night of the week. It has the Dart service in and out of the city centre. For all these reasons traders up like to stay local.

The Brambles is an A-rated detached four-bed on the outskirts of the village that first came to market in 2018 seeking €1.75 million. The price dropped to €1.6 million last year and, having had a change of selling agent the double-fronted property on 0.2 acres of land, is now back on the market with agent Gallagher Quigley seeking €1.495 million.

At more than 278sq m (3,000sq ft) this property has been built to a high specification, starting with the curved staircase that winds its way upward in the double-height entrance hall. Designed by Dunnes Joinery, it leads to the first floor where the two main bedrooms each have en suite bathrooms while two further bedrooms share the family bathroom.

At both levels large Edwardian-style Aluclad timber windows wash the property in light. There is a box-bay window in the family room and a Stoveax inset fire. The box bay is mirrored upstairs in the master bedroom while bespoke skirting boards and internal doors run throughout. A very swish, in-frame painted kitchen and large island was completed by Peter MacAuley, who also did the wardrobes in the two main bedrooms.

The kitchen, which leads through to the family room, is fully equipped with Neff appliances and has a separate pantry. Ceiling heights are more than 3.05m (10ft) at hall level.

The house has a study and a second study area within the sizeable utility room, a domestic requirement that’s gaining traction now that more of us are working from home. The utility study offers a place to escape the noise and distractions of the larger open-plan space yet you are not totally removed if you need to keep an eye on family comings and goings.

The kitchen opens out to a large green sandstone patio and down steps to a lawned area big enough to kick a football about. The decision to retain mature trees already growing on the site lends the property an established feel within its new surrounds.

The house, which has been very smartly staged for sale, is about 2km from the centre of Malahide village. The property was designed by MTW Architects and built by boutique family firm Sugrue, known for its attention to detail and a favourite of architect Dermot Bannon on his TV show Room To Improve.

Nearby, developer Maybury Properties launched Clairville Lodge, a new homes scheme of 35 four- and five-bed homes in October 2017. Prices achieved for its four-bedroom Charleton, a detached house with 195sq m ranged from €865,000 to €1,095,999 million, according to the property price register.

Find your burrow hideaway by the sea tide A period home overlooking the beach...

If A Period Property With Modern Comforts Sounds Ideal To You – Have A...
Scroll to top