You are here: Home1 / News2 / uncategorised3 / WEST COAST COOL IS JUST THE JOBS IN DUBLIN 13 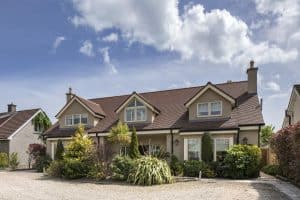 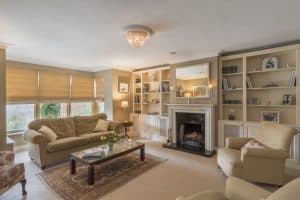 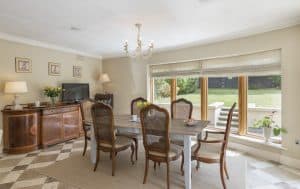 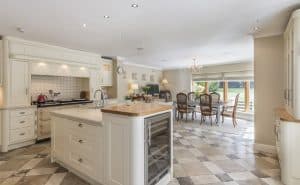 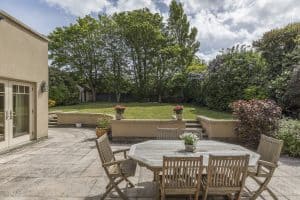 Last year a side garage at a 1950s ranch style home in Los Altos, California was designed as an historic site. This was Steve Jobs’s family home and the garage was where the tech pioneer and his one time collaborator Steve Wozniac started up the global technology and innovation giant, Apple.

Jobs later lived in nearby Cupertino in a somewhat upper class but regular ranch style house in a similar estate, despite his outsized means. He also moved Apple here. It was only later in life that Jobs moved to a superhome in “The Hills”.

But the design genius would always enthuse about the virtues of the Cali ranch style abodes which he loved as being perfectly tailored for home living, with their low-slung spacious interiors, big shared open-plan front garden spaces which were conducive to a sense of community, and very large back garden spaces for children to play in safely.

When the Offington Estate in Sutton was designed in the 1970s and built by Goffs, it was somewhat unique in Ireland because the home designs were based on the types of Californian estate houses to which Jobs was so devoted.

One of the great advantages to buyers at the time was the allocation of huge rear gardens. Most of the homes in Offington were given rear sites of around a third of an acre. Over the years these have been exploited to the full with residents installing big entertainment patios, tennis courts and even the occasional outdoor swimming pool. They also allowed for some super extensions.

At the height of the Celtic Tiger, run-down houses at Offington were regularly being purchased for around €1.5m and the new owners were demolishing them to provide all-new modern ranch style homes.

This was the case at 25 Offington Park where, in 2006, the last year of the Tiger’s roar, the owners demolished the 1970s home on this site and rebuilt in its place a very large 5,000 sq ft residence with four spacious reception rooms and five bedrooms. To put that into perspective, this is the equivalent of more than four average sized semi-detached family estate homes melded into one.

The quality of build and fit-out was also undertaken to higher standards when few spared the cash in kitting out their homes. For example, the insulation is such that it carries a B3 BER which is rare enough for a house of this age and size. The joinery, flooring and fittings are all bespoke for the property.

The ceilings are high, all the dimensions are Californian spread spacious. The bedrooms are all double-sized and the master chamber comes with its own Jacuzzi en suite for taking a bubbly wallow. In fact, the house has a grand total of three Jacuzzi baths.

The property is entered via US-style stout timber panelled double doors with windows either side. The reception hall has checkered travertine marble tiles and a dramatic swept Cali-style white marble staircase with a pillar flank and stylised rails leading up to a gallery landing.

There’s a family room (sandstone fireplace again) with bespoke shelving and storage units and double doors running back into the hall.

There’s also a very large American style Andrew Ryan bespoke study which has a built-in oak desk along with shelves and storage cupboards in oak which run floor to ceiling along two walls.

One of the strongest selling points at this property is the nine metre long open-plan kitchen and breakfast room. This has a bespoke fitted kitchen in cream, also by the Irish designer joinery firm of Andrew Ryan. The worktops are in Corian and there’s a large island unit with a sink. The kitchen comes with a large cream coloured Aga at its heart. There’s an integrated sub-zero fridge and freezer, a Liebherr wine cooler, an oven and a dishwasher. Once again, the floor is in travertine marble tiles.

Off the kitchen is a clever little utility and comms room with built-in presses and shelves and a wash hand basin. This is plumbed for a dishwasher and a washing machine and dryer .

Upstairs, the landing has a high ceiling and a picture window overlooking the garden. The master chamber has built-in wardrobes, a dressing table and an island drawer unit and, as mentioned, there’s an en suite with a Jacuzzi bath and a shower attachment. The wash hand basin has a marble surround and there are storage presses built in.

The family bathroom on this floor also has a Jacuzzi bath and a separate shower with marble surround wash hand basin. There’s another Jacuzzi bath en suite in bedroom three. All five bedrooms are double-sized and all come with bespoke built-in wardrobes.

The fourth bedroom has doors leading outside to a raised balcony area.

This property comes with Offington’s standard one third of an acre garden site. The front garden area is gravelled and has parking for several cars while the rear garden includes a decent sized patio area on which to sit out.

Shopping at Sutton Park is a short drive away and Howth Village, with its scenic harbour and cliff walks and famous seafood restaurants, is also within easy reach.

A warm glow inside and great views out from the Hill of Howth for €1.35 million...