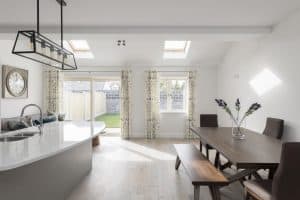 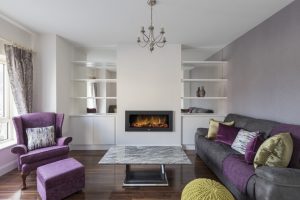 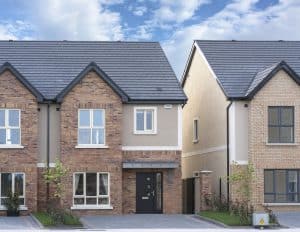 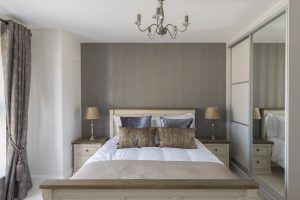 Donabate has once again become a hotspot for developers catering to buyers who want to live near the beach and stay within the confines of Co Dublin but are priced out of Howth and Malahide.

The area, which sits on a peninsula between the Rogerstown Estuary to the north and Broadmeadow Estuary to the south, has been the subject of several planning applications by housebuilders of late, including Bernard McNamara, one of the largest developers during the last property boom. Last month, his company was granted approval to build 31 houses at Beaverbrook in Donabate.

Indeed, Fingal County Council’s Local Area Plans have identified lands that can deliver as many as 4,000 new houses on the peninsula, along with the phased construction of a new distributor road and community infrastructure. The selling agents for Orchard View, a new scheme of just 15 homes on the Beaverstown Road, argue that the development is attracting buyers because of its relatively small size and its location in old Donabate, right beside the village.

With prices starting at €420,000 for a three-bed semi-detached home, the agent hadn’t expected Orchard View to draw as many first-time buyers as it has. But rather than perceiving the three-bed semis as starter homes and buoyed by the help-to-buy scheme, first-time buyers with young families are viewing the houses as lifelong homes – each attic has been designed to facilitate a future conversion into another room.

The appeal to families lies also in Orchard View’s proximity to Portrane beach, which is a five-minute drive, and the landscaped green spaces throughout the development that provide a safe environment for children to play.

Twelve of the 15 homes at the scheme are three-bed semis with 1,474 sq ft of space – much larger than the three-beds in boom-era Donabate estates such as Carrs Mill. Since Orchard View was quietly released last month, all but one of the three-bed semis have been reserved. The remaining three-bed is priced from €420,000.

In the new year, a smaller phase will be launched at Orchard View. It will consist of three-bed detached styles with 1,798 sq ft of accommodation and one four-bed detached property with 1,808 sq ft of space. Prices for the latter tranche haven’t yet been set but they are expected to be priced between €450,000 and €500,000.

The façade of each house at the development is finished in brick and render, complemented by cream-framed picture windows, a zinc canopy over the front door, and granite paving to the cobble-locked driveway, where there is enough parking for two cars. Side gates lead to a rear garden surrounded by timber walls; there’s an outside tap and double power-socket here for barbecues on the patio area in the summer.

Inside, all the bedrooms are doubles and there is tiling to the wet areas and floors of the bathroom and the master ensuite. The kitchen is fitted out in a contemporary style, with a quartz countertop and island unit. The attic has been fitted with flooring, lighting and a Stira stairs, and there are oak shaker-style doors throughout with chrome lever hands and locks.

The homes have a BER of A2, thanks – in part – to the A-class air-to-water heat pump from Dimplex that powers the central heating, including the underfloor heating throughout the ground floor.

The Pavillions Shopping Centre in Swords is a five-minute drive away while Donabate railway station is just a five-minute walk. Dublin city centre is a 30-minute commute by train.

Hideout fit for the Big Fella A restored Edwardian in Clontarf mixes the contemporary...
Scroll to top