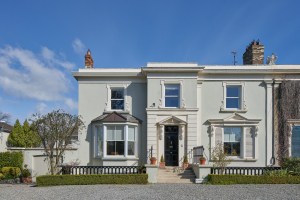 “You’re a foolish young man who doesn’t know when to let off,” retorted Dublin railing maker Joseph Smith to his young employee John Biggar Pearson. The latter had come into his office with an idea for advancing the business.

Pearson, a Quaker, who had travelled to Dublin from the North of England, had been working with the railing and gate maker. He had noticed that Ireland was importing all its iron and steel products at great cost from abroad. 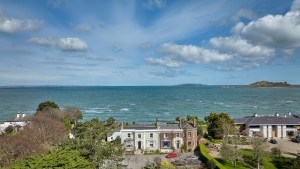 Perhaps these products could be made here and therefore create some employment, help the local economy and create a successful business?

While initially critical of his brass-necked employee who seemed a bit too Biggar for his boots, Smith thought about it and eventually came around to the idea.

He acquired a storage shed, which had been used for storing track sleepers, from the Great Northern Railway at Ossory Street. The business took off. And he appointed the eager Pearson to the board. From these beginnings, Smith & Pearson, one of the great Dublin Quaker businesses, was born in 1901.

The contribution of the Quakers to the Irish economy at the birth of the state was quite simply enormous. Along with Cadburys, Bewleys, Schweppes, Roantrees and Jacobs we had Smith & Pearson, the iron and steel men of Dublin.

In impoverished times, workers were proud to work for businesses run under Quaker principles. Ethical business, integrity, an involved rather than a dictating management style, and employment for its own sake were leading principles. 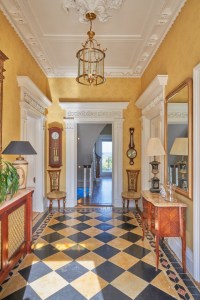 Quaker firms paid well and were also involved with the welfare of their workforces. Taking outsized profits was also somewhat frowned upon in the Quaker business community. Instead, profits were mostly ploughed back in to improve their businesses.

Contracts worth millions for steel products from Smith & Pearson were conducted on a handshake only and trust basis.

From foundries initially at Ossory Street, then Sherriff Street and North Richmond Street, their workers (known to Dubliners as the ‘rusties’) made all the stands at the pre-modern Croke Park (they made the Hogan Stand twice).

During the second world war when steel became unavailable, the company was contracted to supply landing craft to the British for use at the D-Day landings. The firm worked on that contract from a shipyard at Warrenpoint.

They made post boxes for An Post, railings, gates window frames and farm buildings which were exported as far as India and South America, but also took Irish agriculture into the modern age. They built houses with Sisk.

And as modern architecture developed, S&P steel and aluminium frame became vital for the modern buildings of the emerging economy. The firm was involved with the building of the American Embassy in Ballsbridge and the RTE Montrose complex and Bank of Ireland’s modern HQ in Baggot Street. 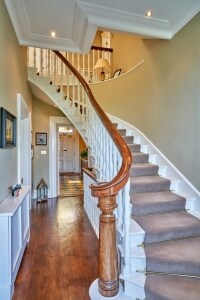 Craigview was built in 1850 by the Howth Estate Company and was later leased to the Church of Ireland. After that it became the Pearson family home, occupied by John Drewry Pearson and his wife Audrey. Uniquely, its rear garden runs right down to the beach and the sea comes up to its edge at high tide.

The current owners, who swim in the sea at their garden’s end three times a week, bought the house in 2000 when it was in need of some upgrading.

The work took 18 months and involved the construction of a whole new wing to the left hand side.

This proved so convincing alongside the older original house that a preservation architect sent out by the council initially insisted on having that part of the building listed before he was finally convinced it had indeed been added in the 21st century. 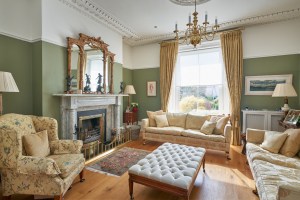 This was down to the skills of architect Ian Baird and a crew of craftsmen, including a particularly talented carpenter and joiner who reproduced the period woodwork extraordinarily faithfully from the older parts of the house. The floors needed replacing and were all done with hardwood.

Now Craigview, once home of Dublin’s steel men, has come to market again, seeking a price of €2.6m through the Gallagher Quigley agency. Located on Claremont Road, alongside a handful of properties largely from the same period, the listed period home is surrounded by gardens with views sweeping the Claremont beach.

This is a big house, measuring 4,000 sq ft (four times an average semi detached) with high ceilings and outsized sash windows for views and light. 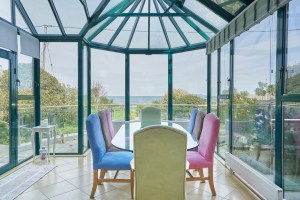 The ground floor comprises a modern fitted kitchen and diner which runs open plan to into a conservatory on the seaward side and then into a sitting room to the front.

The kitchen has a tiled floor and a large island unit and a big homely range as well as a modern hob and cooker. 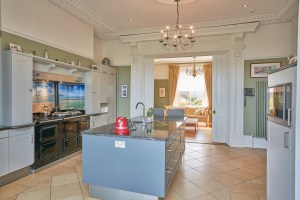 Across the hall are two big inter-connecting receptions with join up via shallow timber steps which fooled the conservation architects. Both were created in an authentic Victorian period style 21 years ago. A guest WC is located in the rear hall.

Downstairs, the lower ground floor provides a hall, a recreation room, a bathroom, a laundry room and a guest bedroom. 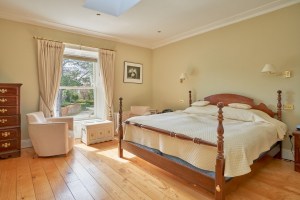 Upstairs is the master suite with its own a dressing room and en suite shower room.

The three remaining bedrooms and a big family bathroom complete the accommodation at this level. One of the bedrooms is currently being used as a home office. 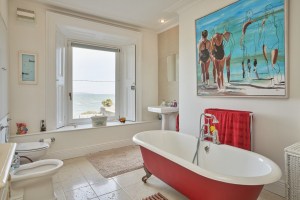 The front lawned garden alongside the sweeping gravel approach has a fair collection of mature shrubs and coastal plants as well as an example of a Monterey pine.

The more sheltered area to the front is planted with flowers, 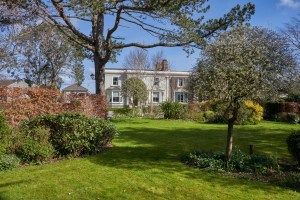 The seaward side is long and is also terraced to keep the upstairs sea views unobstructed.

A more secluded lower lawn has direct access to the beach. Claremont beach is protected as part of the Dublin Bay UNESCO biosphere. Those walking it (most can only do so at low tide) will find seals playing and native orchids growing wild at its edges. 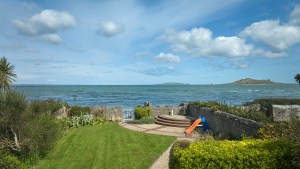 The views here include Ireland’s Eye and Lambay Island along with kite surfers, the yachts for which Howth is renowned, and the fishing trawlers from the harbour.

Heading east from the house an inter-tidal shoreline stroll will bring you right into Howth Harbour and its well known range of gourmet and seafood restaurants.

Turning west takes you on a 3km ramble towards Cush Point at Sutton, a narrow channel favoured by anglers with the tip of Portmarnock strand just beyond. Howth has the DART and is 12 km from the city centre and 10 km from the Airport.

As for the great Smith & Pearson steel company? It met its end in the 1970s. Financial advisers preparing it for floatation brought ‘modern’ management to the board. Former director Irwin Pearson has recalled how the old family ways were abandoned and the workers didn’t take to the new ethos.

“They were used to being told the truth,” he recounted in an interview.

See: “Smith & Pearson Ltd. An Irish engineering company in the early years of the State” by Irwin Pearson (2021)