You are here: Home / News / uncategorised / King of the hill on Howth’s Somali strip for €4m – read what the... 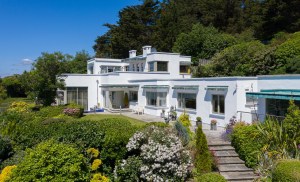 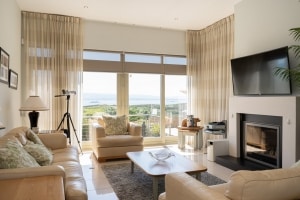 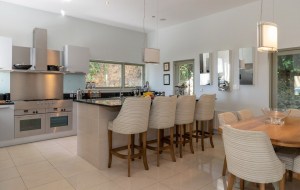 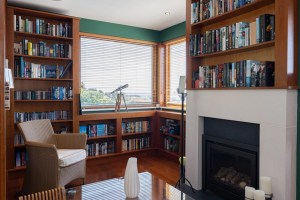 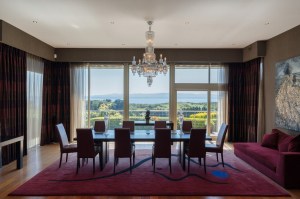 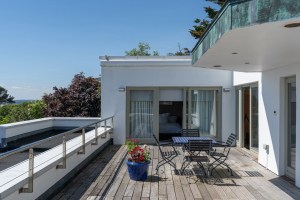 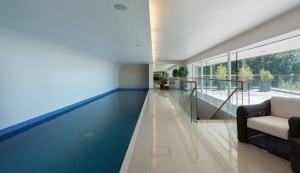 A stretch of coastal homes along Howth’s Carrickbrack Road called Somali Village may sound like an anomaly but it is widely known locally. The name derives from when the builder of the Edwardian homes took his design inspiration from the landmark International Exhibition of 1907 in Dublin’s Herbert Park.

The event was a lavish affair which attracted almost three million visitors over a six-month run. Staged in the era of empire building, one of the central showcases was a recreated Somali village design – featuring a group of actual Somali natives delivered to the event from British Somaliland to complete the “authentic village” scene.

But it was the stilted structures that offered a lightbulb moment to the Irish builder who in 1912 was facing a steep hillside construction challenge of his own on a piece of land well beyond Sutton Cross on the southside of HowthPeninsula which today is backed by Howth Golf Club. He copied the stilt design and placed his houses on top allowing for garages and pedestrian access at the lower level.

A house called Somali stands on one of the best sites along the stretch with sweeping views across Dublin Bay from every window. It looks completely different from its neighbours having undergone several design overhauls in the intervening period, but given its prime setting this was most likely the property the original builder chose for himself.

Since 2001 its owners Vincent and Nuala Melinn have overseen significant upgrades to the property. Vincent is an entrepreneur and restarauteur behind the chain of prominent Dublin restaurants operated by chef Dylan McGrath, including Fade Street Social, Shelbourne Social, The Rustic Stone and Taste at Rustic (Japanese restaurant).

Nuala, a barrister, is a Sutton local and a former principal (for 13 years) at nearby Dominican school Santa Sabina. She recalls that when they bought the house in 2001 it was named Druimnigh but following an approach from relatives of the original owners of the property they returned the name to its first title, Somali. “My mother always said it was bad luck to change the name of a house so I was quite happy to restore it.”

While it was Druimnigh the property underwent a classic redesign by Michael Scott, one of Ireland’s most prominent modernist architects, in a style typical of the 1950s. The mid-century design was of its time and when the Melinns purchased nearly 20 years ago they upgraded the structure over a two-year period while remaining faithful to the core principles.

Crean Salley Architects was commissioned to complete the job and the result is a 7,790 sq ft (724sq m) family home which improves on the original style making great use of the elevated site and incorporating plenty of luxury trappings including an ozone-treated swimming pool, sauna and laconium (that’s a dry sweat room if you’re wondering).

The property has been placed on the market through Gallagher Quigley for €4 million and sits on 1½ south-facing acres at the top of a very steep winding drive. From here there are breathtaking views of Dublin Bay with the middle ground occupied by Bellingham’s Farm and its protected lands. “We just fell in love with the site when we saw it. The way the house nestles into the side of the hill I have always felt utterly protected here,” says Nuala.

The interior is linearly arranged to the front of the property meaning that almost every room enjoys fine views and lovely southerly sunlight. The Melinns loved the mid-century design and retained the main original structure while adding the more modern sleeping and leisure accommodation to the side and at lower level. Off the bright entrance hall is a large extended drawing room incorporating the dining room at split level allowing for good ceiling heights and an orientation towards the sea with an entire glazed wall opening out to a wide terrace. This is a great entertaining space – the pictures don’t quite do it justice – with dark wallpaper, solid wood floors and the original Michael Scott fireplace creating a nice counterpoint to all the bright sunlight.

This room flows neatly on to the interlinking kitchen and family living room. Again a cosy living area connects nicely to the outside terrace, while the industrial-style contemporary kitchen – all granite, gloss and stainless steel – seems almost embedded into a hard rock corner of the hillside. The next owner may want to consider switching this space around to locate the kitchen closer to the terrace affording greater daytime enjoyment of the exceptional views.

Through the kitchen to the rear, a double height wall of glazing showcases the hillside behind – all of the garden is to the front of this property – and stairs lead up to the substantial main bedroom suite. It opens out to a private roof terrace, but the highlight here is a very cosy dual aspect book-lined study with its own fireplace.

Back downstairs the rest of the bedroom accommodation is arranged off an inner hallway where three en suite bedrooms with bay views run side by side. This leads to the extensive home spa incorporating the pool and a large recreation space currently in use as a playroom. A bespoke staircase leads down to a further games room, sauna, that laconium and a fully equipped one bedroom apartment with separate access.

This is a prized coastal strip where houses rarely come to market and Somali is a unique proposition along this stretch. The most recent sale was that of Ryehill a few doors down which sold in May for €1.175 million on an asking price of €1.3 million. With 2,454 sq ft the six bed was in need of modernisation.

Conor Gallagher of selling agent Gallagher Quigley says the buyer of Somali will most likely be someone familiar with all the area has to offer. “Add to this the views, the high spec finish and a price coming in at around €500 per sq ft, you couldn’t replace the property for that price.”

Meanwhile the Melinns, with too much house for just two people, are moving on, but won’t be travelling far from home. Views like this are hard to find.

Dublin’s Hamptons: A luxury home with a beach on both sides Two beaches...
Scroll to top