You are here: Home / News / uncategorised / Find your burrow hideaway by the sea tide A period home overlooking the... 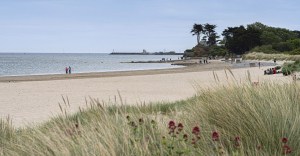 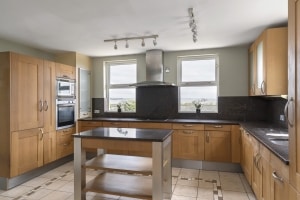 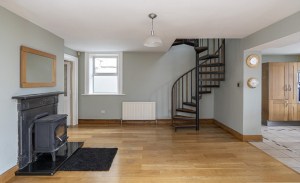 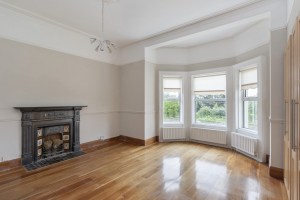 By the time the famous amateur Irish golfer Joe Carr’s competitive playing career ended at Lahinch in 1969, JB – as he was also known – had won 40 championships, including three British Amateur titles, at a time when the Amateur was effectively the world championship for non-paid competitors.

Throughout his life, Carr notched up many firsts: in 1967, he was the first Irishman to play in the Masters tournament and in 1961, he was the first non-American to win the Bob Jones Award, the USGA’s highest honour.

JB had been steeped in the sport since he was a baby, having grown up on the grounds of Portmarnock Golf Club, where his adoptive father was a steward.

As a five-year-old in 1927, Carr saw George Duncan win the Irish Open at Portmarnock. By the age of 10, he was a juvenile member of Sutton Golf Club, a nine-hole links course that sits at the sandy triangle of Cush Point.

Indeed, it was Carr who put Sutton Golf Club on the map, even to the extent that he lived at a house on Burrow Road overlooking the second green.

Around the time the club was founded in 1890, Burrow Road was fast becoming a fashionable holiday-home spot for the Anglo-Irish aristocracy. This narrow stretch of land, sandwiched between the railway line and the sea, had space for just a single line of houses, all of which face Burrow Road and back on to Burrow Beach. The wave of building on the road near the turn of the 20th century led to an eclectic mix of homes, from the Edwardian Tudor Revival at No 19 to a row of Victorian terraces.

From the 1990s, Burrow Road’s residents have included Jim FitzPatrick; best known for his iconic interpretation of the Che Guevara image. FitzPatrick put No19 Burrow Road on the market last summer. That decade also saw Hugh MacKeown, part of the family dynasty that owns retailer and wholesaler Musgraves, buy a house on the road, while U2 drummer Larry Mullen lives a few doors down, on the adjoining Claremont Road.

These days, Burrow Road residents are members of Sutton Golf Club. And when the tide is out, they can walk to the course along Burrow Beach from their rear gardens, with Howth a stroll in the other direction. The 1.2km-long sandy beach, one of Dublin’s hidden seaside gems, is on the north side of the tombolo that connects Howth Head with the mainland.

Sutton is an extremely pretty but peculiar location given that it likely didn’t exist if you go back a few centuries. The tombolo occurred when sand being washed along the coast began to build up between what was the island of Howth and the mainland. Indeed right after the Battle of Clontarf, fleeing Vikings managed to regroup on Howth’s island and fend off their enemies for another few hundred years.

Now No17 Burrow Road has just been put up for sale for €2m. While it might help if the prospective buyer of this six-bed semi-detached Victorian waterfront home, enjoys a spot of golf, they could also blend in by getting to know the neighbours who live in the new-build next door.

After all, the vendors of No17 also built the new two-storey, four-bed abode in what was once the side garden of their period home and have moved into it.

The new owners of the period property will still have plenty of privacy though, because the freshly-built house has its own driveway and is divided from the original site by fencing and railings.

No17 is an 11-room property that sits high above its back garden, which has a gate that opens directly on to Burrow Beach. Its rear views include Ireland’s Eye and Lambay Island to the right, with Portmarnock straight ahead. On a clear day, the outline of the Mourne Mountains, all the way north in Co Down, is visible from the home.

The property itself is tall, with its 3,300 sq ft of living space spread across three main floors. But behind the somewhat narrow façade, which is finished in painted render, there is a relatively deep floor plan. This is reflected in the number of bay windows to the exterior – there are two levels of bay windows to both the front and the eastern side, with a further bay window to a single-storey rear extension.

Inside, however, No17 has a classic Victorian design, with high ceilings, picture and dado rails, and original cast-iron fireplaces in all but one of the six bedrooms. While the vendors have restored the house since they bought it in the 1990s, carrying out work such as adding new windows, upgrading the heating and rewiring the property, the purchaser may want to install new fitted wardrobes in the bedrooms and a new kitchen. Inside the front porch, a door with stained glass panelling and a fanlight leads to a floored entrance hallway.

Off to the right are two interlinked formal reception rooms, each of which have bay windows and a marble fireplace with a tiled inset. Behind these are two further living areas, namely a sitting room, and a dining room off the rear kitchen.

A cast-iron spiral staircase – separate from the main staircase in the entrance hall – rises from the dining room to the upstairs sleeping accommodation. This dining room is connected to the kitchen, which has shaker-style oak units, granite worktops, an island unit, and a tiled floor. In an era dominated by open-plan living, the new owner may want to create one large kitchen/dining/living room, the selling agent says.

Also on the ground floor is a pantry, a cloakroom, and a utility room with a door that opens to an enclosed courtyard and the back garden. Upstairs, off the first-floor return, there is a fully tiled bathroom and two bedrooms. A Velux window adds more natural light to the second-floor return, off which are four further bedrooms, including the master ensuite. There are built-in wardrobes and a bay window to the master bedroom, which is situated to the front of the property. Gallagher Quigley is asking €2m for No17 and viewings are by appointment only.

Dublin’s Hamptons: A luxury home with a beach on both sides Two beaches...

Live Large (at a reduced price) in Malahide New Build for €1.495m
Scroll to top