You are here: Home / News / uncategorised / Dublin’s Hamptons: A luxury home with a beach on both sides Two beaches... 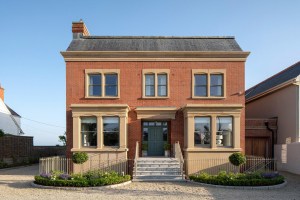 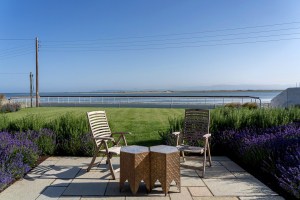 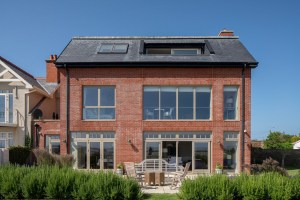 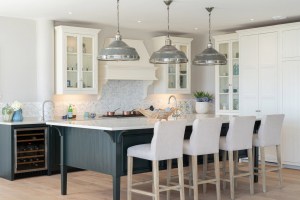 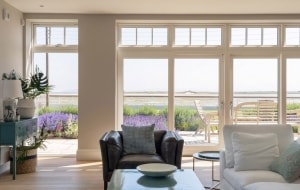 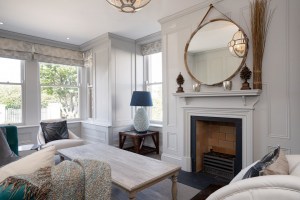 Finding a home with direct beach access in Dublin is something of an achievement, but locating one with two different powder-sandy strands within a short stroll of your door, is extra special.

Make it a huge stylish modern luxury home with international beach house qualities and you’ll wonder if it’s the famous Long Island Hamptons enclave in the USA we’re talking about.

In many ways beachfront Sutton is Dublin’s Hamptons, with a good number of the luxury homes along here dating from the same era. Unlike shoutier upmarket suburbs, beach-sandwiched Sutton is decently understated while the location, on the narrow spit joining Dublin to Howth Head, is truly breathtaking.

The unusually named Moy Ire on the Dublin Road has its origins in the Celtic Tiger years but also in London’s premium leafy lanes.

While over in the UK its builder became smitten with a single luxury period residence he happened across in upmarket Knightsbridge. Loving its regal red brick and butter coloured sandstone combo frontage, he decided then and there to build a carbon copy for himself on a cracking beachfront site he had acquired back in Dublin.

It was something of an achievement to gain planning permission to demolish the run down 1920s home originally in situ and replace it with a new structure of this height, unusual on this stretch. Three storey and double fronted, it spans 6,400 sq ft inside over its three floors – that’s the equivalent of almost six average three-bed semis.

Unfortunately for its builder, the economy crash-landed before it was finished and he was forced to sell out. The current owner then bought and finished it at an additional cost of €1.1m. The investor then let it out for years on the high-end corporate market but has now decided to cash in his chips.

Moy Ire is about to come to market through Gallagher Quigley priced at €3m, which will cover the current owner’s investment. The site is believed to have cost over €2m back in the day and the initial construction another €2m before its original builder departed. Add in the €1.1m pumped in by the current owner and you have a house which has consumed €5m.

Moy Ire, with its self-contained staff quarters in the basement, has also been kitted out from the top drawer, making it a candidate for an ambassador’s residence or perhaps a target for an investor to return it to the luxury letting market, or be snapped up by a self-loving beach-devoted millionaire. And ideally with children in order to maximise the benefit of the house.

And it’s different. As the agent asserts, you won’t find another one like it unless you go to London. First it’s that Knightsbridge inspired sandstone and brick frontage. Then there’s the back of the property which shows a very different side to this house. At the rear it racks up huge belts of floor-to-ceiling windows with the finer red brick divides giving a look that’s more soft industrial modernist.

There’s the styled coordination inside with fixtures and fittings expertly blended to give hints of an American east coast beach house interior – the muted cool hardwood floors and the graceful art deco styled staircase are among the highlights.

It’s unlike so many generically styled top-end new homes, for which builders use the same tiles and bathroom suppliers, light fittings, kitchens, colour schemes (greige and mushroom) and very often, the same interior designers.

This truly international look could as easily grab a Brexiting financier as a US techie chief on Irish tour of duty.

Double doors lead into its nerve centre, an enormous kitchen/living area with wall-to-wall windows looking out over a beach and the sea. The style here is luxurious but relaxed, with chic cabinets, simple hardwood flooring and a contemporary Carrera fireplace. There’s also a laundry room and an adjoining boot room with internal access to the large double garage.

In turn this space flows on to an elevated patio area and a considered salt-air resistant coastal garden. At its end, you walk right out on to Sutton Strand. This beach is often cut off by the tides and therefore almost no one uses it. The agent asserts it’s “like having your own private strand out back”. Few boats use the sea here, but the stretch has plenty of colourful kite and wind surfers tearing along on windier days with multi-coloured sails and chutes flipping and somersaulting and generally making a decent show for the deck.

But if you fancy a longer beach stroll with people watching potential, simply head out the front door, down the lane by the golf club (it’s on your doorstep) and you’re at the lengthier and more publicly popular Burrow Beach within four minutes.

Back indoors at the front of the house are twin receptions flanking the entrance hall and both come with bay windows. One room has a razor sharp white and black streaked deco styled chimney-piece and used as a family TV room while the other is designed to serve as a study. Also on this floor is a marble-covered powder room and a cavernous cloakroom area.

Down in the basement the luxury continues, with 1,000 sq ft of self-contained accommodation and its own separate external as well as internal access. There’s a living area, kitchenette, double bedroom and large ensuite. This has been used as a staff quarters but would also suit housing an elderly relative or a young couple.

On the first floor a large airy landing leads to a serious entertainment room with an elevated view. This has Sutton Creek and Bull Island in the mid- distance with the background panorama sweeping from Howth Head through the Dublin mountains to the port and cityscape to the West. This room has a crystal chandelier and deco style, marble chimney piece. The three first floor bedrooms are all doubles and all have polished marble ensuites.

A complete luxury is the second floor which is entirely devoted to the master bedroom suite.

This vast, luxurious set of rooms, and a near eagle’s nest sheltered balcony comes with an oversized ensuite finished with Arabescato stone and a raised bath with framed views.

Even the separate wc has a rooftop view down the length of the blue lagoon. The suite is completed by a large functional dressing room.

Then on the very top deck there’s an attic room which would be ideal for a home cinema or a gym. The property comes to market this weekend.

King of the hill on Howth’s Somali strip for €4m – read what the Irish...

Find your burrow hideaway by the sea tide A period home overlooking the beach...
Scroll to top