You are here: Home / News / uncategorised / By hook or by Cooke: Comedian Gary Cooke is selling his house and has written... 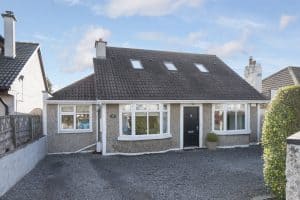 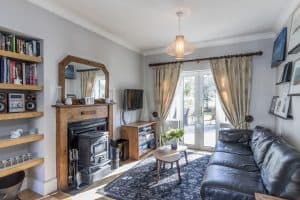 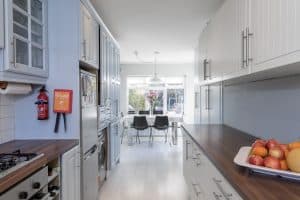 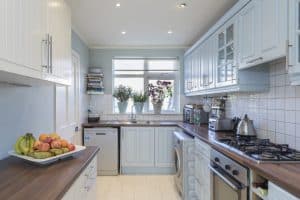 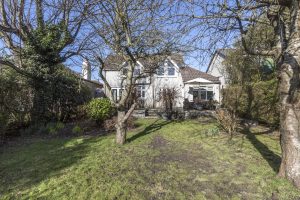 I’ve always thought that people who write copy for estate agents’ brochures seem to have a very select vocabulary. It’s as if they keep specific words locked in a top drawer and apply them only when writing about houses.

Rooms are never big, or small, they are spacious or elegant with baroque something or other and semi-vaulted ceilings. And depending on the price they might have stunning views or beautifully cultivated gardens. They are residential. Of course they are.

If the gaff is less posh, it might be warm and cosy or have character. If it’s more posh it oozes elegance and has sloping gardens. And views. Always views. Usually of the sea or of nature generally, but selective nature – mountains and seas, that type of thing – not things like the moon. Anyone can claim that as a view.

The lexicon of descriptive words is endless. A few of my favourites include: bijou, meaning you couldn’t swing a cat; or builder’s dream/development potential, meaning it is practically condemned, and then there’s ‘subject to planning’, meaning its been denied any planning permission at all…

So I thought, if I were ever selling my own house, I’d like to be the one to write that brochure. After all who knows my own house better than I do? I’d avoid all those clichés and set myself the challenge of dispensing with the industry patois and just state the facts.

And, as it happens, I now have my chance. Our family home has just been placed on the market and I decided to ask the agents if I could write my own version of the brochure. They seemed agreeable. So here we go:

“Our house on the Willie Nolan Road (in Baldoyle, Dublin 13) is called Jamode. It was called that before we moved into it. I presume that’s French. I have no idea why anyone would call a house Jamode, and neither does my spell checker. It keeps changing ‘Jamode’ to ‘Jammed’. Does anyone know what it means?

The house is a dormer bungalow – which I always think should be ‘former bungalow,’ as it was a bungalow and now isn’t. The house stands on about a quarter of an acre, it has a long back garden and the house itself has, er, several rooms, including four bedrooms and two bathrooms. There is a sitting room/lounge area and a kitchen. It was built in the 30s-ish. It is very nice. Buy it.”

Alas such words have no poetry.

“First and foremost this family home has been our home for the last 10 years. It has been a very happy home, and it has locked within its walls some great memories. Those memories are not included in the asking price, more’s the pity, I guess some things are priceless.

Without employing the usual estate agent lingua franca it would be fair to say that this home is the proverbial attractive and charming family residence. The Willie Nolan Road is both a quirky name and wide boulevard with a contrasting style of period and modern homes. I think Willie was a golfer, though someone told me he was a jockey. Maybe he was a golfer AND a jockey. He also has a hospital named after him which is situated at the end of the road.

Our house is around 1,300 sq ft. As previously stated it possesses four bedrooms and two bathrooms, it has a very comfortable and spacious sitting room/lounge area with views of both the garden and the street at the opposite end of the room. I have sat there many, many times and noticed how the light shines through either end of the room and permeates the room as if the light itself were taking a shortcut. I have a comfy swivel chair there which I can drag to the stove. You could wile away the afternoon just sitting there idly or busily, and I have done so on plenty of occasions. It is a wonderful room for either being on your own or in company. Doing something or doing nothing. With people or without.

It’s also a great room for entertaining – it draws you in and draws people together. It also has a TV – inevitably – which has played host to the greatest moments of my sports watching. I remember watching an entire match on Ceefax and jumping around the room to a 4-3 win by Arsenal over Liverpool, which more or less handed Man Utd the Premiership.

This room is the room where you see your children grow up. You see them walk and talk for the first time. I remember my youngest daughter Maisy uttering the word ‘ginger’ which sounded like ‘gingga’ and fighting with a blue bottle one summer’s morning and calling it a ‘monshur’.

I recall spending much time with Lorraine, my beloved, and bottles other than blue.

I remember my daughter Charlotte dancing as a toddler to Oscar Peterson, the jazz pianist, and somehow making sense of it.

The kitchen is long with lovely light that seems to emanate regardless of the time of day. The end of the long kitchen looks onto the long garden. I’ll get to the garden later.

When we purchased the house the clincher for me was the upstairs. The overall area is large and the two bedrooms offer two skylight windows through which I am convinced I saw an alien spaceship when I awoke at about 4 o’clock one morning four years ago… It had a pulsating red light and then a few minutes later several of its mates showed up – all pulsating together. And yes no one believes me…

It would be no word of a lie to describe the garden as sloping, and it catches the sun radiantly when the sun shines, and even when it doesn’t.

Around five years ago I came home to find a strange man in our garden – it turned out my wife had sanctioned several thousand squids to build a patio. It is the best thing we did with the place. It’s a work of stunning… work. How anyone could lay those amount of bricks and still stay standing I don’t know.

I’d buy the house all over again just to sit there and stare at the deep garden, and commune with the fairies and indeed the aliens.

There’s so much more I could say but the reality is the house says it better itself, if you get my drift. Oh, it will cost you €625,000 if you want to move in.”